Organizations that prioritize agile digital infrastructure have been shown to achieve 1.8 times higher earnings growth than those eschewing or delaying digital transformation efforts. And with the implications raised by global market upheavals (e.g. a pandemic and abrupt shift to remote work), it’s not surprising that Boston Consulting Group’s (BCG) 11th annual investor survey showed that long-term value creation should be leaders’ top priority.

Their insight on how to create this long-term value? Investing more aggressively in digital capabilities and technology.

“While preparing for potential near-term challenges, it is important that management also invest to position the business for success over the next five years and beyond,” said one respondent.

Similarly, Gartner predicts that organizations with a high percentage of IT spending dedicated to the cloud will become the recognized digital leaders in the future.

Even with all the expectation surrounding digital transformation as the near- and long-term answer to the market’s ever-changing questions, the steep cost of IT project failure reveals it’s not exactly the silver bullet most leaders had hoped for.

A 2020 Consortium for Information & Software Quality report found that the total cost of unsuccessful development projects among US firms is an estimated $260 billion, while the total cost of operational failures caused by poor quality software is estimated at $1.56 trillion.

Despite the challenges, BCG’s survey of senior executives and digital transformation leaders showed over 80% of respondents across industries planned to accelerate their efforts, with 65% expecting to increase the amount they’re investing. So, how do these leaders overcome the grim statistics as they approach their own projects?

A successful IT implementation plan begins with defining success for the project, determining the greatest risks to that success and identifying the most common factors of successful projects. When a team is able to recognize not only the ideal result but the roadblocks that may impede it, it will be better equipped to correct the trajectory of a faltering project.

What constitutes a successful IT project likely varies from organization to organization depending on scope, goals, budget, and a host of other factors. At their cores, however, the Project Management Institute (PMI) considers successful projects those that meet three simple mandates: they are delivered on time, on budget and on target. The PMI refers to these three factors as their Triple Constraints, or as the Iron Triangle, and they set the minimum standard for a successful implementation.

But it’s not always that simple. “We have seen many projects that have met the Triple Constraints and did not return value to the organization or the users and executive sponsors were unsatisfied,” says Jennifer Lynch, Communication Manager for The Standish Group.

The reverse is true as well, of course. Many IT implementations have suffered slipped timelines, overblown budgets and snowballing scope, only to ultimately deliver fantastic ROI and user adoption, despite their initial challenges.

In a 2019 Deloitte survey, 51 percent of respondents expected to boost their artificial intelligence (AI) investments by 10 percent in 2020, and 80 percent indicated that their previous successful AI investments had driven ROI of 10 percent or more, regardless of how messy the implementation process was.

Still, it is far better to start with a mindset of success than flounder toward wasted time, money and energy. Year after year, organizations find that successful IT projects have five key factors in common – the five factors that are most often missing from their failed counterparts.

The top five factors of successful IT implementation plans

This doesn’t mean the C-suite is actively involved in vendor sourcing, implementation strategy or project management. Executives have no need to involve themselves in the minutiae of an IT project on a day-to-day basis. They should, however, understand and champion the business case behind the implementation. When an IT team knows it has the full support of its leadership, it is likely to be more invested in the success of an IT project.

When a group works together to undergo a very long, sometimes frustrating implementation process, emotions and stress are bound to run high. This isn’t always a bad thing: everyone has emotions, and the expression of those emotions can indicate passion for a project. However, if one team member demonstrates low emotional maturity by lashing out, trying to take undue credit, lying about progress or hiding mistakes, working to spite another team member or any other petty action, the entire project (and mental wellness of the project team) can become compromised.

Nobody on a team, no matter their seniority, wants to feel like just an order-taker or a button-pusher. The most successful IT implementations involve the people who will actually be using the software, from start to finish. Survey employees about what would make their work more efficient, involve them in choosing a software vendor, and gather their feedback throughout the implementation process.

Project success is more likely when undertaken as “a structured means of improving business effectiveness and optimizing a collection of many small projects or major requirements,” says The Standish Group. “Optimization starts with managing scope based on relative business value.” In other words, keep it simple. Discover what end users need, and deliver that.

It can be tempting to hire an outside team of consultants to handle a project implementation end-to-end. As professionals, they’ll probably get it done faster, right? Perhaps. But they probably aren’t the right professionals for your specific implementation project. Rely on employees who know the organization inside and out. They are the ones who are likely to catch an issue or opportunity before it’s too late to course-correct.*

*According to research done by the Standish Group

The greatest risk factors for failure

Successful projects tend to have many things in common – and unsuccessful ones do, too. On average, large IT projects don’t go as well as organizations hope, to put it mildly. Most “run 45 percent over budget and 7 percent over time, while delivering 56 percent less value than predicted,” says McKinsey.

The good news: these failures usually aren’t because an organization chose the wrong product. The bad news: the issue is far more complicated.

“The greatest risk for failure or sub-optimization is actually on the human side of the equation, not the technical side,” says Implementation Management Associates.

Because humans thrive on praise and instant gratification, even the smartest of them – those who set out to thoughtfully choose a new IT solution and design its implementation down to the letter – fall into three common traps:

1 Choosing a solution based on up-front cost

Organizations are running lean, especially in times of economic uncertainty. Nobody could be blamed for wanting to choose a software solution based on its low cost. However, low up-front costs rarely translate into financial gains in the long run. Consider the lifetime value of a solution (and its likely ROI), not just its initial price tag.

2 Trying to make everyone happy

“I can't give you a sure-fire formula for success,” said Pulitzer Prize-winning journalist Herbert Bayard Swope, “but I can give you a formula for failure: try to please everybody all the time.” When an organization is evaluating vendors, it’s inevitable that stakeholders will have varying opinions. But with an investment of this size, trying to compromise will just lead to a decision that feels unsatisfactory for everyone. Choose one decision-maker to gather opinions, weigh them against the project’s original goals, and make the decision that is unilaterally best for the company.

3 Limiting scope and complexity for a quick win

There is a time and a place to tackle “low-hanging fruit” tactics, but a multi-million dollar software implementation isn’t it. Give this decision the time and attention it deserves, or risk undertaking the whole process again in a matter of months.

Each of these traps – though they may seem surmountable – often spirals a project team into disaster. So what happens to the nearly 20 percent of attempted implementations that turn out to be complete failures? Many IT projects “fail to reach the finish line and are abandoned, quietly ignored and eventually forgotten about, with the remnants being sneakily swept under the carpet,” says Information Age.

Not only does this approach to failure directly oppose crucial corporate transparency, but it leads to apprehension toward future implementations and sidesteps any opportunity to learn a valuable lesson on how to better approach the next project.

Fortunately, it is entirely possible to right a project that seems to be veering off track.

Correcting an existing project that shows signs of failure

One of the biggest warning signs that an IT project will fail is scope creep. Expanding timeline, budget and expectations is a clear sign that a project might be in trouble. But even if an organization is midway through an implementation that’s going off the rails, the project is far from doomed.

Rather than barreling ahead, trying to make up for lost time, the most effective way to get a project back on track is to slow down. If an organization has the components needed for success (executive support, an emotionally mature team, user involvement, optimized processes and skilled workers), it can follow these six steps to right its project:

Take a breath. Remove frustration and anxiety from the situation so challenges can be seen more clearly.

Revisit the original project vision and discuss its original goals.

Acknowledge that the current challenge may not be the only one. Develop a strategy for realigning the implementation team if it becomes necessary again.

Figure out the most efficient, effective way back toward the original project scope.

Put that plan into action. Pause again, on a regular basis, to confirm project status.

Schedule a post-project evaluation meeting to celebrate a successful implementation and discuss opportunities to improve the process for next time.

Information Age says “the single biggest barrier to successfully deploying modern enterprise software is custom coding” and that “the solution is low-code and no-code platforms.”

There are “two parts to the definition” of a low-code platform, says John Rymer, vice president, principle analyst at Forrester.

First, he says, “low-code platforms use declarative tooling instead of programming languages to help people deliver software. Declarative tooling … are diagramming tools, property sheets, form builders and so forth, used to define your application rather than writing code.”

Second is the business model used to deliver these products. “That business model allows for very easy and low-cost access to the low-code platforms,” says Rymer. “Easy and low-cost means I don’t have to pay a lot to get started, I pay as I grow. Easy also means I don’t have to take three weeks of training in order to be productive on the platform.”

“INSTEAD OF WAITING MONTHS TO DEPLOY A PROJECT THAT MIGHT NOT EVEN COME TO FRUITION, LOW-CODE AND NO-CODE PLATFORMS EMPOWER IT TEAMS TO CIRCUMVENT THE CHALLENGES ASSOCIATED WITH CODE-HEAVY PLATFORMS.”

Essentially, implementing an IT project on a low-code platform minimizes the risks and the sunk time associated with custom coding, and eases the transition between systems, the monotony of iteration, and the pain of corporate growth.

“Instead of waiting months to deploy a project that might not even come to fruition, low-code and no-code platforms empower IT teams to circumvent the challenges associated with code-heavy platforms,” says Information Age.

Consider how often the human element comes into play when evaluating the probability of IT project success. Now consider how much more efficient those projects could be with that variable all but removed. Employees are free to perform higher-value work, provide insight into organizational implementations, and then benefit across the board from a newly implemented low-code platform. 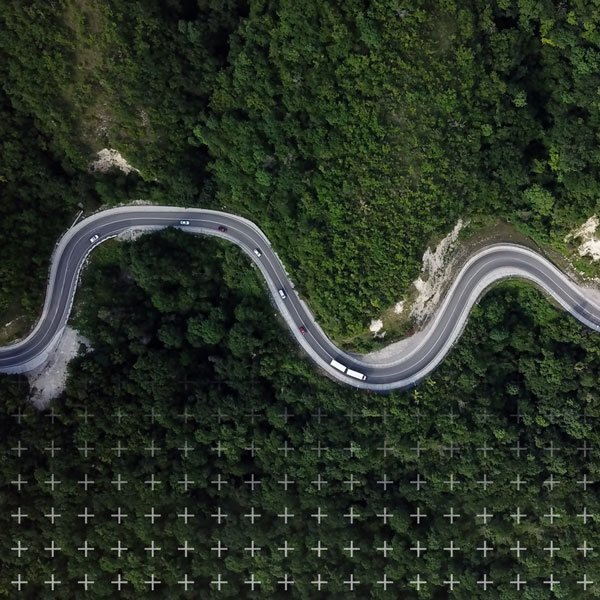 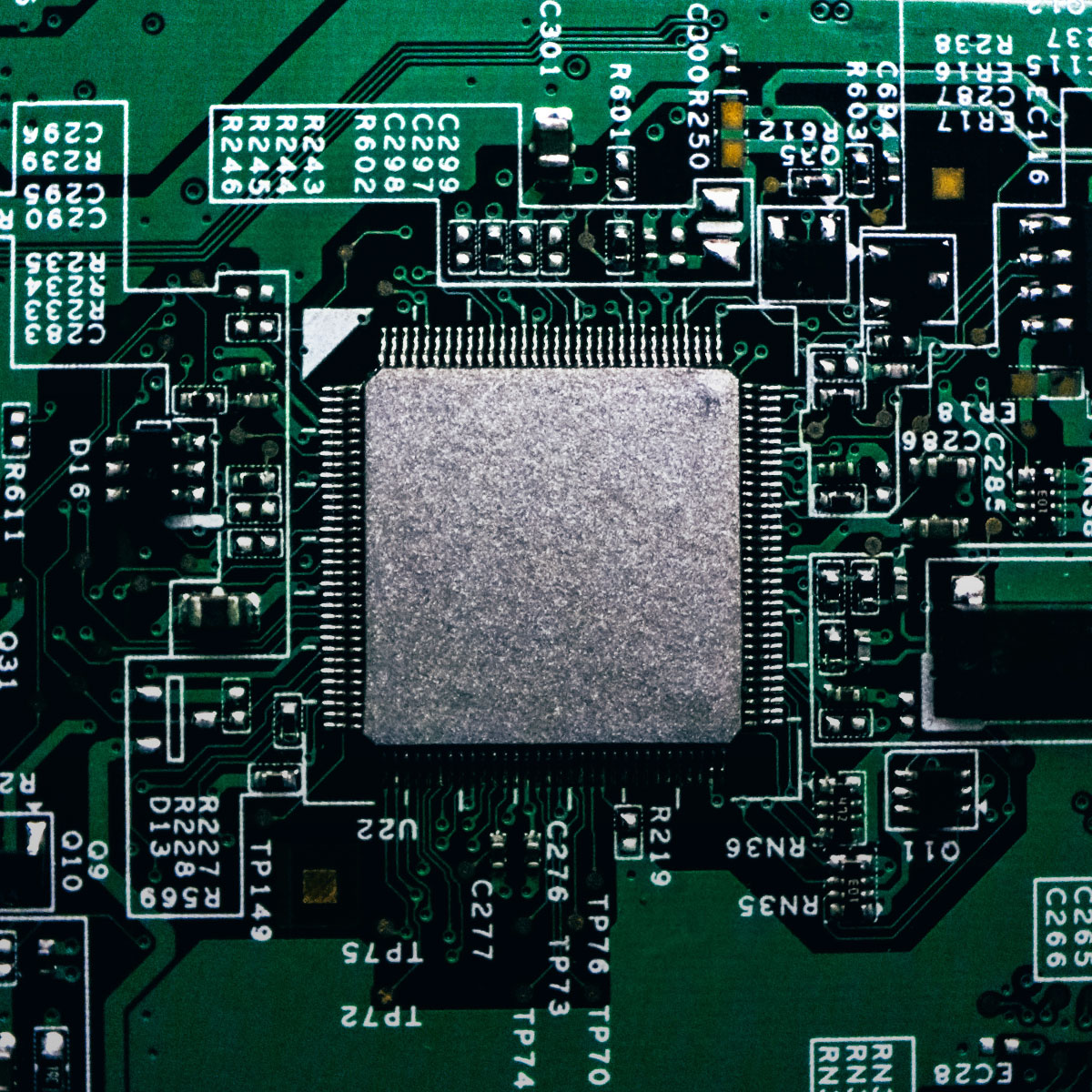 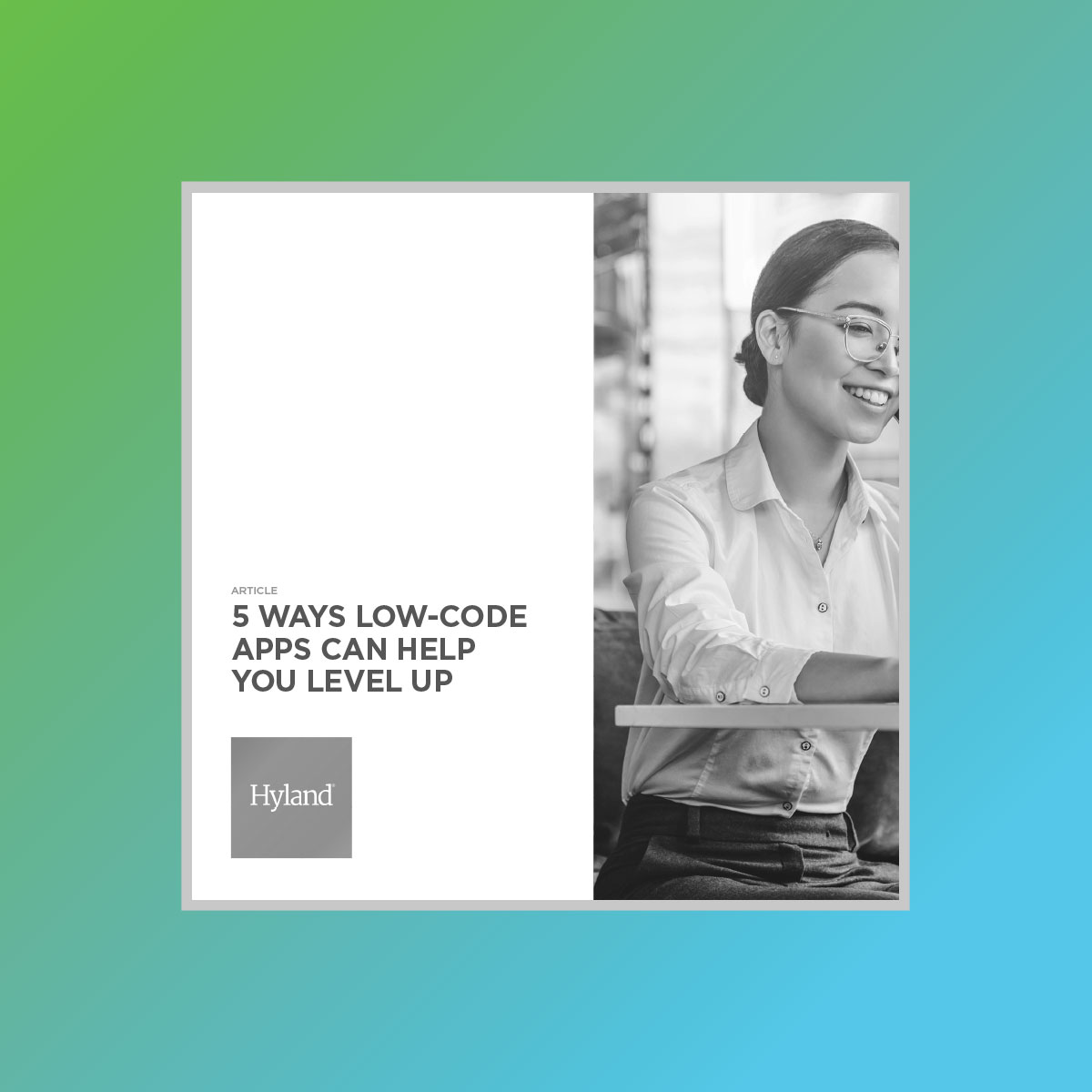 5 ways low-code apps can help you level up