Is innovation little more than a buzzword? Has the term lost its meaning? Maybe we simply fail to understand how to leverage innovation because we can’t clearly define it.

Idea to Value, an online community dedicated to creativity and innovation, had similar questions. To find answers, Nick Skillcorn, Idea to Value’s chief editor, reached out to more than a dozen innovation experts and asked them how they define the term.

He received responses ranging from “the future delivers,” as defined by Jorge Barba, a partner at Blu Maya, to “new, organic value creation by applying creativity, in-depth relationships with consumers and customers, and new thinking,” from Southern Growth Studio’s Michael Graber.

The lack of agreement among responses troubled Skillcorn and his team, so they boiled all the answers down, landing on a data-driven definition. Innovation: “The execution of an idea which addresses a specific challenge and achieves value for both the company and the customer.”

Even if we all agree on this definition, the question still remains:

How does innovation happen?

Innovation: Leaving nothing to chance

At times, innovation can seem like inspired luck. For example, one day in 1989, in an effort to make information management more efficient, Tim Berners-Lee, a physicist for the European Organization for Nuclear Research, had the idea to connect three technologies together: hypertext, transmission control protocol and domain name system. That innovative idea became the World Wide Web.

It happened because Berners-Lee was working for a global research company that had a need to communicate across the world and technology had evolved enough to allow the web’s creation. Berners-Lee was in the right place at the right time, writes Tanner Christensen, head of design at Gem and an inventor and independent developer.

Simply put, it was luck, Christensen says. And luck – or happenstance – is pervasive among the business innovation crowd. Even the iPhone was a miracle of chances, Christensen suggests. “The smartphone, as a technology, had already existed for years,” he writes. “Apple was lucky in that they had access to the technology (the phone, wireless Internet, touchscreen technology) and the right audience (millions of potential customers who adored their iPods).”

Was luck really a factor for Apple, which sits at the top of several “Most Innovative Company” lists? Possibly. Maybe even probably.

But was it the primary factor? How does Apple consistently top the list if luck is all it has? Should organizations simply keep their fingers crossed that lightning will strike? Or can they manufacture luck? Are there repeatable processes that drive modernization, and can we put best practices in place that ensure innovation becomes part of the organization’s identity?

These are the questions Edward Marx, former CIO at the Cleveland Clinic, asks every day. The answers are the subject of Voices of Innovation: Fulfilling the Promise of Information Technology in Healthcare, a collection of essays from healthcare innovators, edited by Marx. In it, Marx and his fellow innovators provide steps organizations can follow – various pathways to innovation.

But before an organization can start charting a course to sustained innovation, it must first understand why innovation requires process and shouldn’t be left to happenstance.

Many successful companies launch with an innovative idea. They disrupt the industry, make a splash and then settle in. Time passes, and the company finds itself in the middle of the pack. Or worse, falling behind. What happened to its innovative culture? Why does innovation lag?

Fear tops the list. Innovation comes with risk, and regardless of how much thought, research and budget a company dedicates to the development of a new product or service, success is not guaranteed. For many companies, especially those with shareholders, this trepidation stifles creativity and innovation dissipates.

Corporate growth also stalls. One global CIO survey conducted by Deloitte cited “resistance to change” as the top reason why digital transformation and business innovation efforts fail. Rather than invest in disruptive technology, companies choose to play it safe and dial in to whatever made it successful originally. This may have happened to the Eastman Kodak Company. Even though the company’s R&D team developed a digital camera in the 1970s, it chose to double down on what made it famous: film. When digital cameras took off, Kodak fell behind, eventually selling off part of the company in order to survive.

This quickly becomes a catch-22 for organizations. If innovation is left to chance, but chance is deemed too risky, innovation dies on the vine.

Even if organizations focus on nurturing innovation, the results are often tainted by fear of failure and resistance to change. Companies will ask top talent to split time between innovation and operations. But then most employees feel obligated to treat innovation as a secondary goal. Or companies seek technology as an innovation salve, according to CIO.com, and never investigate the business issues that the technology is meant to heal.

These are all flaws Marx knows organizations can overcome. He offers eight steps companies can take to move toward a culture of sustainable innovation.

A well-structured innovation strategy can help dissipate fear and encourage calculated risk and failure. It also manages chance, providing the best environment for innovation to occur. Begin with these steps:

In his book, Marx describes how a fast-moving American health startup, Prevent Biometrics, and Murata, a $50 billion decades-old Japanese manufacturing company, had to learn to work together. The startup’s short-term revenue goals were in opposition to the manufacturer’s long-term strategy. One organization came from an act-first mindset. The other from a plan-first ideology.

These barriers mirror the silos common in many organizations – and explains why 97 percent of executives in one American Management Association survey said silos were having a negative effect on their business.

The two companies managed to break down those barriers, however. They appointed ambassadors to act as cultural educators and facilitators. Those ambassadors would engage employees from both organizations to offer ideas and to answer questions. They landed with a multi-year funding agreement and a successful business relationship.

Busting silos is the first thing organizations must do to foster innovation. They can start by including the organization’s larger community, ensuring that institutional leaders are engaged and supportive of the proposed innovation strategies, and appointing ambassadors.

These ambassadors should employ a solid understanding of open and transparent communication as they bust silos and blend cultures. Employees, from the C-suite down, should adopt this same approach, since cross-communication is essential to promote innovation.

“Transparency is key to effective relationships, which are required for innovation to thrive,” writes Marx. “By stripping virtual or physical barriers to communication, ideas have a better chance of being realized. Effective communication will make or break innovation.”

The more willing organizations are to open up, share information and listen to ideas, the better their chances for success.

Innovation, Marx writes, is “as basic as developing an elegant, yet simple, solution to a complex issue or opportunity.” The emphasis should be on “simple.”

Companies tend to mull ideas over, toss them into committees and drive them through decision-makers. Many times, it’s difficult to accept that the simple answer to a complicated problem is the best answer merely because of its simplicity.

Overthinking throws a wrench in the works. If the innovation – the solution to the problem – can’t be easily explained, it’s time to start again, says Marx.

Most leaders understand the importance of recognizing the work of talented employees. But often, recognition falls back to operation. In other words, employees and stakeholders are rewarded for going above and beyond their job description. Innovation efforts, however, are rarely built into those job descriptions.

Recognize the efforts of stakeholders and inspire them to innovate even at the smallest scale. Do so by rewarding them with the responsibility to see the innovation through to resolution. And support them by creating an environment that celebrates failure as a step to success.

Consider rewarding failure. Or rather, rewarding the creative process (which is rife with failure). Remember, talented individuals want to succeed, so rewarding the effort it takes to disrupt the competition and push the organization forward – even if the outcome has yet to be achieved – won’t breed more failure. If anything, it provides incentive for employees to try something new. That eliminates fear.

In his focus on co-creating solutions, Marx again emphasizes the need for open communication and transparency between stakeholders, departments and, if applicable, organizations and customers. “Appreciate the complexity of attention that innovation requires and expose the organization to demands from all stakeholders.”

In many ways, he’s saying business innovation requires input from the entire team throughout the process – and that stakeholders should own the responsibility of providing that input. Too often, stakeholders will wait until it is “their turn” in the process, but, by then, the opportunity to influence new ideas or course-correct might be lost.

Course correcting early can save innovation. It might even mine something new.

Communication is an input/output process. There are two halves to the whole. When most organizations consider communication, however, they only consider the output: sharing ideas, providing updates and engaging in conversation. Individuals and organizations alike too often ignore the other half of the equation: listening.

Learning takes place while listening, so adding it to an overall innovation strategy is vital. Make sure leadership is actively engaged in hearing what customers and employees have to say. They will present both problems and solutions, and innovation is born out of that dialogue. Also keep a keen ear on what competitors are saying to the market. Their tactics present an opportunity to learn more about how they are innovating – and the opportunity to solve a problem their customers are facing and gain new business.

“Listen for ideas that will potentially solve a problem or present an opportunity to collaborate with stakeholders and galvanize your network,” Marx says.

Once an organization knows what it takes to build a foundation for innovation – transparency, communication, leadership support, a fearless environment that embraces risk and the ability to listen – it is time to build its innovation strategy. Capture it via an innovation roadmap.

Here, an innovation roadmap is a strategic tool. It should be clearly arranged, networked within the organization, easy to understand and pioneering.

Take time to learn how to create an effective plan. Reach out to experts who can guide stakeholders through the process and point them toward the resources necessary to build something sustainable.

8 Use people with IT

Marx’s final pathway reminds organizations not to expect technology to foster innovation. But he also cautions against betting everything on talent.

Talent doesn't matter if an organization hasn’t positioned its teams for success by quashing institutionalized fear and building a culture that embraces innovation – and the risk and failures it requires.

Give innovators the tools they need to communicate effectively, learn from failures, record successes and ideate freely. Make that environment efficient and buoy it with the right processes to keep the engine running.

In other words, do not create an over-reliance on people or on technology. Use both resources in concert.

Marx reminds people – individuals – that they control their own innovation destinies. And only by disrupting processes and changing habits can they embrace an innovative mindset that transforms organizations.

“ONLY BY DISRUPTING PROCESSES AND CHANGING HABITS CAN THEY EMBRACE AN INNOVATIVE MINDSET THAT TRANSFORMS ORGANIZATIONS.” 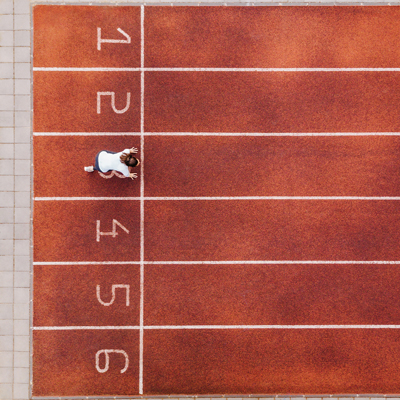 70 percent of IT project implementations are not successful. Yours can be. 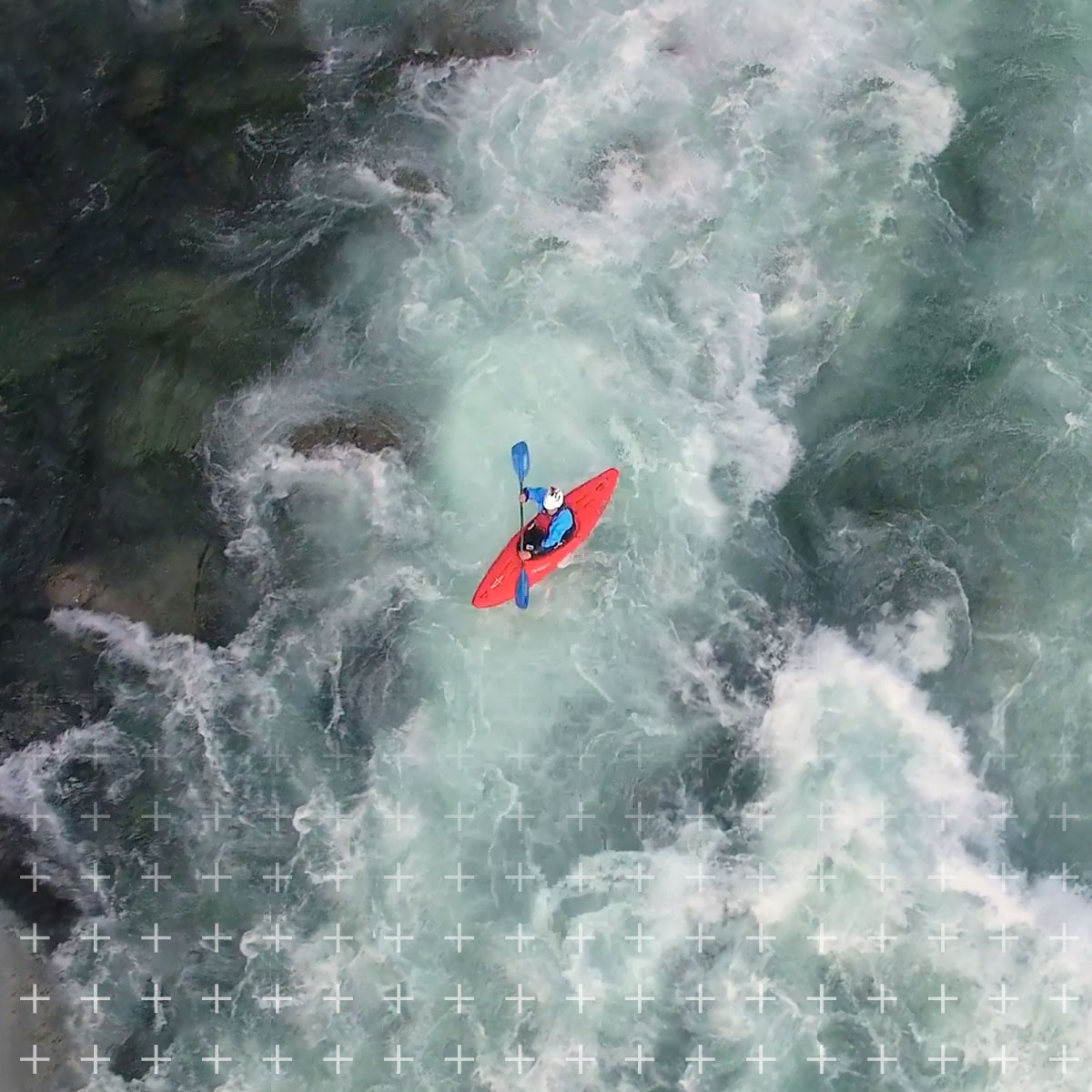 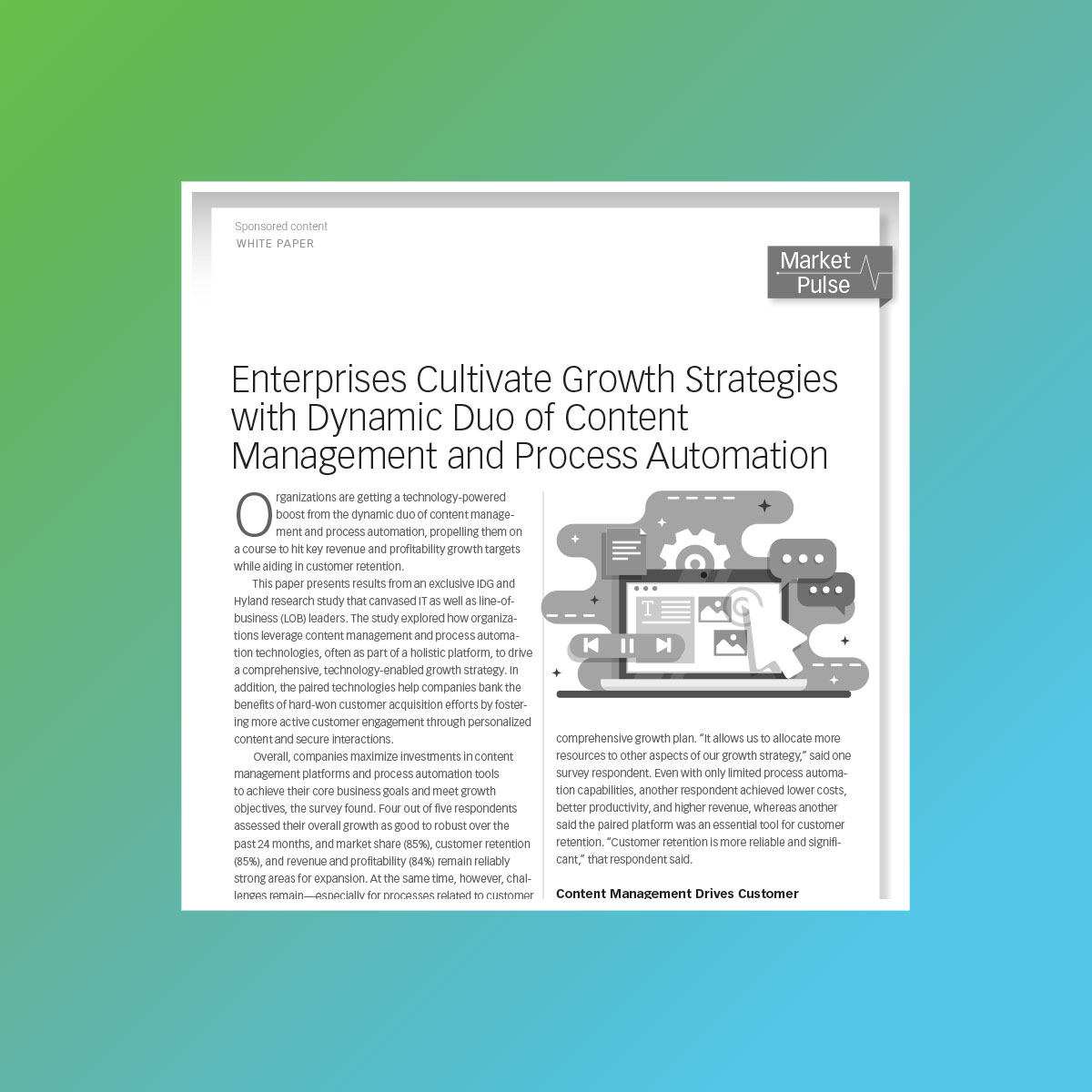